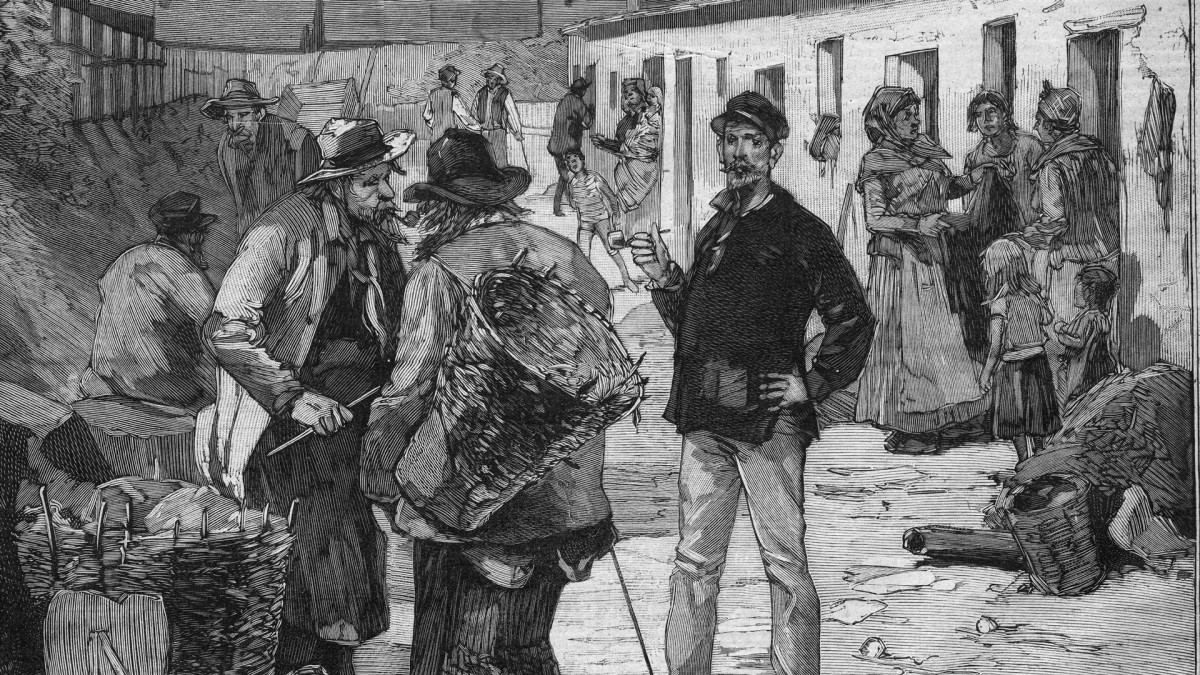 Texas Recycling is celebrating our 30th anniversary in 2022! 30 years is a significant milestone for our business, but it’s a drop in the bucket when considering that recycling has been around, in various forms, for thousands of years. Let’s look back at the long history of recycling, beginning with primitive cave dwellers.

The History of Recycling Started in Prehistoric Times

Most Americans likely associate the history of recycling with the environmental movement of the 1970s.  But researchers attending “The Origins of Recycling” conference in 2013 suggested that prehistoric cave dwellers also practiced the “3 Rs” – Reduce, Reuse, and Recycle. The international conference was attended by nearly 50 scholars who presented evidence of repurposing dating as far back as 1.3 million years ago.

The earliest evidence of recycling was unearthed at Qesem cave near Tel Aviv. Researchers discovered small flint utensils that they believe were created during the fashioning of larger tools. According to Tel Aviv University archaeologist Avi Gopher, the utensils date back to between 200,000 and 420,000 years ago! About 10 percent of the tools found at the site were recycled in some manner. According to Gopher, “It was not an occasional behavior; it was part of the way they did things, part of their way of life.”

Evidence shows that the Romans were avid glass recyclers. While excavating a 2nd century CE Roman shipwreck off the coast of Embiez, archeologists discovered glass fragments. They believe these fragments were being shipped to the Roman glasshouses in Gaul to be recycled into new stemware.

In fact, collecting broken glass and selling it to the glasshouses appears to have been something of a cottage industry in ancient Rome. Unfortunately, these resourceful Romans were apparently held in low regard at the time, as evidenced in this passage from a circa 103 CE poem:

“You imagine yourself Caecilius, a man of wit. You are no such thing, believe me. What then? A low buffoon; such a thing as wanders about in the quarters beyond the Tiber, and barters pale-colored sulfur matches for broken glass…”

According to Caroline Jackson of the archaeology department of the University of Sheffield and Harriet Foster of the Norfolk Museums & Archaeology Service, much of the Roman glass tableware used in Britain during the 3rd and 4th centuries A.D. was made of recycled glass.

In 2009, archeologists excavating a site near York, England discovered an eleventh-century metal smelting pit that was used by the Vikings during the battle of Fluford in 1066 A.D.

The project, headed by historian Chas Jones, unearthed nearly 1.000 iron artifacts. Among those were “several ‘smithing hearth bottoms’ – the remains of the molten metal which dribbles down during the reprocessing of the weaponry ironwork.” He went on to say, “The iron finds support the idea that metal was gathered and recycled in the area just behind where the fighting took place, after the battle was over. You could say this was York’s first metal recycling center!”

The history of recycling also includes the beginning of paper recycling. Several ancient societies recycled paper as a way to conserve natural resources. The earliest documented occurrence dates back to 1031.

An absence of raw materials and skilled workers in Japan led many small estate owners to start their own paper mills. These mills used recycled waste paper to produce a gray-tinted writing paper known as shukushi paper. The recycled paper was sold by paper shops (kamiya) throughout the empire. Ultimately, recycled shukushi paper replaced traditional paper made from virgin materials such as mulberry and hemp. According to “Papermaking: The History and Technique of an Ancient Craft” author Dard Hunter, “Even books from the Imperial Library were macerated into pulp to be formed into sheets of the shukushi paper.”

The industrial revolution and urbanization ushered in the age of mass consumption. As raw materials were consumed at a faster rate, the need to recycle grew. In 1865, the Salvation Army was founded in London by one-time Methodist Reform Church minister William Booth and his wife Catherine. The organization focused heavily on recycling unwanted household goods. The Salvation Army employed “Household Salvage Brigades” made up of unskilled individuals. Discarded clothing and other materials were collected and then donated to needy families.

In 1904, the first aluminum can plants opened in Chicago and Cleveland. In 1916, the U.S. government formed the Waste Reclamation Service to meet the military’s need for raw materials.

The history of recycling in the US continued as the Great Depression and World War II led to a greater need and appreciation for recycled materials. To assist in the war effort, the U.S. War Production Board promoted recycling of paper, rubber, metal, and other recyclable materials. Patriotic communities and civic organizations across the nation responded with ongoing scrap drives.

At the 1999 UNESCO Conference in San Francisco, peace activist John McConnel proposed dedicating a day to honor peace and the earth. The inaugural Earth Day was celebrated in the U.S. on March 21st the following year. In conjunction with the event, the Container Corporation of America introduced a design contest. Designers were challenged to create “a graphic symbol which would be used on recycled paper products and which could recognize a commitment to environmental sensitivity on the part of any manufacture who was engaged in recycling.” The winning design was submitted by Gary Anderson, a 23-year-old college student at the University of Southern California. His design has become the universally recognized recycling symbol.

As one of the leading recycling companies in North Texas, Texas Recycling is proud to be involved in an industry with such a rich history of recycling. As we celebrate our 30th anniversary, we are also excited to see what the next 30 years will bring!

Are you inspired by the history of recycling? Does your company want to help your bottom line and help the environment? Texas Recycling is committed to providing innovative recycling solutions that protect the earth while contributing to the local Dallas economy. To learn more or to get started, contact us or call our recycling specialists at 214-357-0262.