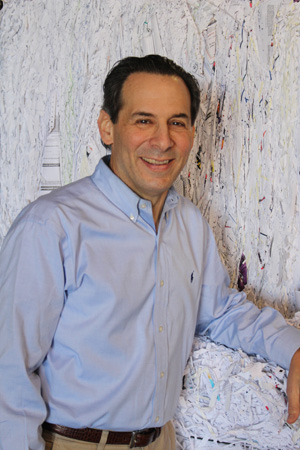 Meet the Leaders of Texas Recycling

What’s the secret to great customer service? It begins and ends with business owners who put relationships first, closely followed by an emphasis on value and quality.

Customers are not surprised to find Joel Litman answering the phone, conducting site visits, or making a courtesy call to ensure they are delighted with Texas Recycling. “I’m very hands-on, and I value face time with our customers,” Joel says. “Customer service takes center stage in our business, and strong relationships pay off as we work to grow Texas Recycling.”

Joel, a graduate of the University of Missouri School of Journalism, got his start in the recycling business in 1984, when he joined his father Stan’s company Daltex Waste Material Co. That business was sold in 1992, and the family launched Texas Recycling the same year. In 2003, Joel and his brother Craig also founded Action Shred, an information and document destruction company.

Top qualities: Passion for the business and determination to please customers. “One thing I love about the state of Texas is its can-do attitude,” Joel says. “We carry that spirit throughout our company. When a customer needs something done, we get it done.”

Joel’s commitment to others: When not at Texas Recycling, Joel dedicates much of his time to helping others. Active in the Paper Stock Industries chapter of the  Institute of Scrap Recycling Industries (ISRI), he once served as PSI’s president. Joel also remains involved in Jewish Family Service of Dallas, where he is a past president. In his free time, Joel enjoys traveling with his wife and two daughters (one of whom, Hillary, joined the company in 2011), and partaking in a variety of outdoor activities such as skeet shooting, swimming, running and skiing.

Both Joel and his brother Craig are originally from Kansas City, Mo., and moved to Dallas in 1972. 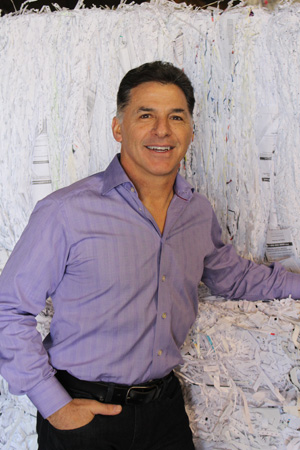 Great teams thrive with a coach. At Texas Recycling, Craig Litman serves not only as a coach, but also leader, visionary, financial expert and operations specialist.

Acting as a CFO and COO, Craig oversees finances, operations and staff. His education and background as a CPA make Craig the ideal authority to navigate Texas Recycling through business goals, company growth, profitability and financial decisions. Starting his career in August 1982 at big eight accounting firm Arthur Young, Craig specialized in banking and bankruptcy. There he was recruited by one of the firm’s clients, a struggling hospital management company. With Craig’s help, the company pulled out of bankruptcy and launched a successful reorganization. In 1989, when his employer moved headquarters to Philadelphia, Craig decided to stay in Texas to join his father and brother Joel in the recycling business. In 2003, Craig and Joel also founded Action Shred, an information and document destruction company.

At Texas Recycling, Craig’s leverages his business acumen to set the bar for production and safety goals, to oversee the plant manager and all supervisors, and to conduct critical safety and production meetings. Craig’s passion is in building a strong, motivated team that enjoys being a part of this family-based company.

By encouraging team members to reach their potential, Craig also ensures that customers receive fantastic service for recycling paper, newspapers, cardboard, metals, industrial plastic, electronics and textiles. “We are passionate about growing this business, and that means developing a team that excels and feels as excited about Texas Recycling as our family does,” Craig says.

In both finances and operations, Craig relies on his coaching skills and involvement with sports to inspire and motivate the staff. He uses sports analogies to translate a business owner’s big-picture outlook into specific operational details each employee needs to succeed. “A great coach builds his team members up and helps them become leaders in their own right,” Craig says. “In the end, our customers benefit from interacting with a team that stands head and shoulders above the competition.”

Craig’s secret to business achievement: Athletics have long been a passion for Craig, who has played football, baseball, handball and more. He is avid cyclist, participating in weekend organized bicycle rallies. As his daughters were growing up, he coached for over 10 years on several of their athletics teams. The same skills that make for an effective successful coach and athlete—leadership, loyalty, hard work, dedication and more—apply to the success of this recycling company.

Both Craig and his brother Joel are originally from Kansas City, Mo., and moved to Dallas in 1972.